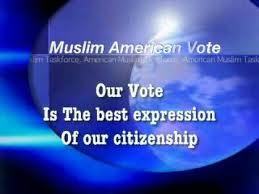 Most polls indicate that this presidential race will be one that goes down to the wire. In certain swing states, block votes of minority groups will prove decisive. American Muslims, polls also reveal, will be critical for the victory of either Obama or Romney in at least three states; namely, Michigan, Pennsylvania, and Florida. But in already-decided states, like the blue state of New Jersey, the community has flexed its political muscle in not only local races but also in congressional battles. It was not a long time ago when fatwas (religious decrees) were calling for a total boycott of voting or political participation. Now, American mosques are a haven for political participation and civic engagement. A recent survey of Americans mosques reveals that, in fact, the more mosque-connected American Muslims are, the more civic-minded and politically proactive they become. Princeton Professor Amaney Jamal strongly supports the thesis that American mosques are central to the rise of the community as a viable player in all things politics. “{T}he mosque, similar to other religious institutions in the United States, takes on the multifaceted role of mobilization vehicle and school of civic participation.”

Despite being very diverse and far from monolithic, the American Muslim constituency is growing faster than any other religious community and has become increasingly visible and sophisticated in its political calculus. The numerical growth is facilitated by both the cumulative effect of successive immigration waves from war-torn Muslim countries (such as Iraq and Lebanon). Additionally, growth is the direct result of the higher-than-average birth rate amongst Muslims.

Unprecedented numbers of Muslim Americans are serving in elected office, from Congress, mayors, judges, to boards of education in municipalities across the US. While party affiliation is strong, migration, mainly from the Republican Party has increased the number of American Muslims who are Independent. A 2009 CAIR poll showed that the percentage of Independent Muslims has increased from 31% in 2004 to 36% in 2009.

According to “Engaging American Muslims”, a 2012 report by the ISPU, voter registration and turnout has increased over the past decade and today, 1.2 million Muslims are registered to vote. In addition, local Muslim leaders are promoting voter registration drives and encouraging Muslim communities to become more civically involved. The numbers quoted here are based on Pew Research figures, but most Muslim organizations such as CAIR argue that “Estimates of a total Muslim population of 6-7 million in America seem reasonable in light of the figure of 2 million Muslims who associate with a mosque.”

At least since 911, Arab Muslim Americans have slowly but steadily found their voices and grievances best represented by Muslim organizations such as CAIR, the Council on American Islamic Relations. CAIR has not shied away from taking on government agencies accused or engaged in anti-Muslim rhetoric or practices. More dramatic is the precipitous decline financially and politically of established Arab American organizations such as the venerable American Arab Anti-Discrimination Committee and the American Arab Institute. Arab Muslims especially religious ones who view their political potential through the collective energies of Muslims from many parts of the Muslim world have fueled the unparallelled prominence of Muslim organizations. New Jersey is ripe with examples where Arab Muslims are in the driver seat on all matters relating to civic and political engagement.

Noticeably, as Arab Americans, and especially Christian Arabs, continue to ‘assimilate’ into the larger society, people and politicians will be watching the Muslim, not the Arab vote. Another indicator is confirmed by a recent Zogby poll. As Arab Americans increase their defection from the two main parties, their political clout, the historical value of their block vote and name recognition will be further eroded.

Due largely to external pressures (post 9-11 anti-Muslim rhetoric and racial profiling policies), more Arab Muslims are increasingly self-identifying themselves and are seen by their foes as part of the American Muslim community. Religious identification among this group is noticeably evident by the exponential growth of mosques and Muslim organizations. Muslim issues will dominate their political behavior and choices.

While the emphasis seems to revolve around so-called swing states, Muslim voters are critical in all Blue or Red states. In New Jersey, which is already expected to go Democratic, and by a big margin at that, especially the in the northern counties of Passaic, Bergen, and Hudson, the Democratic Party is the label of choice for Muslim voters, regardless of nationality. The recent congressional race between Bill Pascrell and Steve Rothman is a clear example of an emerging political constituency deeply embedded in the Democratic Party. It is, therefore, incorrect to call the massive voter drives as the result of work organized by “Arab Americans.” It was a Muslim effort. Be its voter registration, drives, fundraising events, or public appearances by the contending candidates, the venue was a Muslim mosque. Muslims from so many nationalities led and promoted the get-out-the-vote campaigns. In the New Jersey experience, politicians from governors, senators, congressmen – all the way to city council members – see an essential value in the currency of the Muslim voter.

Muslims Republicans, on the other hand, are few and far between, and they are perpetually in self-denial. On the core social issues of abortion, gay rights and marriage, Muslims find a welcoming home in the Republican Party but it is not easy being a Muslim and a Republican these days. In a sense, this discomfort is validated by recent polls suggesting that Republicans are more likely to exhibit anti-Muslim sentiments. But it was not so in the 2000 presidential elections when about 75% of American Muslims voted for the Republican candidate, George W. Bush. His outreach to the Muslim communities, a pledge to pursue a “humble foreign policy,” and an agreement to end the government’s use of secret evidence- all guaranteed the massive vote, despite the fact that less than 25% of them were registered Republicans.

While an anti-Muslim strategy may have gone unpunished in the past, it is now no more than a foolish miscalculation. Many agree that the outcome of the 2012 presidential election will probably be determined in no more than twelve states. These are the same states where minority groups, including American Muslims, are likely to play a decisive role. Farid Senazi, writing in the New York Times, argues that “Florida’s Muslim population, which has been growing since the 1980s, is now estimated by some to include 124,000 registered voters. No campaigner can afford to disregard them.” President Bush, it should be recalled, won Florida by a mere 537 votes.

For their potential to be realized, American Muslim leaders and organizations must harness their electoral prowess by producing a well-rounded and long-term election strategy with the goal of being part of the national conversation. It is only then that we can constructively mainstream the issues deemed critical to our communities.

Dr. Aref Assaf is president of the American Arab Forum, a think tank specializing in Arab and Muslim American affairs.